Home Motoring Toyota has been crowned the market leader For the 16th year in the row, Toyota has been crowned the market leader, after selling 217,061 vehicles in 2018. Toyota’s success is attributed to its positive guest experience, focus on reliability and continuous investment into their impressive range of vehicles. What does this mean for you? You can rest assured that you are buying into a brand that is synonymous with reliability and delivers world-class vehicles.

The Toyota HiLux was the best-selling vehicle in Australia for the third year in a row with a record 51,705 deliveries, an increase of 9.8 per cent. Toyota’s HiLux has also become an icon in Australia, month on month being the biggest-selling vehicle in our market. The first HiLux saw light of day back in 1968 and quickly established itself as the nation’s favourite workhorse.  With single and double-cab variants and six versions, there’s a big range of the “unbreakable” HiLux models. And with the legendary practicality and durability of HiLux, Australia can’t get enough of them…

It was with the LandCruiser that it all began, back in 1958 when the LandCruiser helped build the vast Snowy Mountains Hydro-Electric Scheme, in unforgiving and unrelentingly conditions proving the LandCruiser’s worth. Since those early days, LandCruiser has stamped its authority as the tough, uncompromising workhorse that’s come to be known as the 4WD that built Australia.

LandCruiser today incorporates the latest technology and luxury, the heritage of the job-hardened, proven DNA is still at the heart of every 200 Series.

During 2018, the HiLux and the LandCruiser family (70,200 and Prado) both reached cumulative sales of one million vehicles in Australia, joining Corolla which achieved the feat in 2007.

New Town Toyota in East Victoria Park have the range for any adventure, take one of the legendary Toyota vehicles for a test drive today, you won’t regret it! 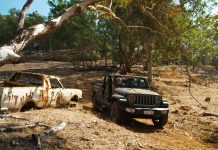 On the Road: Jeep 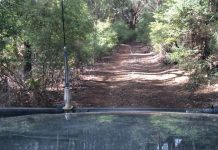 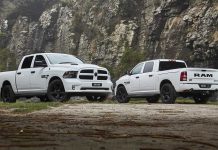