After the limits of 4WD capability and luxury have been met, there is the Range Rover Sport!

If you get a kick out of watching a car driven to its limits and think the stunt drivers in James Bond have titanium nerves and zero fear of the forever after; then it doesn’t matter whether you’re a green oval fanatic… you absolutely must watch the launch video for the latest Range Rover Sport.

With all credit to the courage of Jessica Hawkins, a professional stunt driver who was behind the wheel of the Landrover Defender for the spectacular chase sequence in No Time To Die; it’s hard to imagine anyone making the challenging ascent of the 193m Kárahnjúkar Dam – the biggest of its kind in the world – against a torrent of water flowing at 750 tonnes per minute in anything but a highly modified, extremely specialised vehicle. 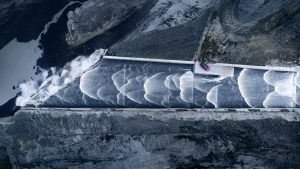 Watching it done in a luxury SUV that you’ll soon be able to drive off the showroom floor is clear evidence that this is an incredible piece of engineering, combined with mind bending technology.

And while I’m one of the 99.99% of drivers who could only dream of emulating the skills of Jess Hawkins as she slings an RRS through a torrent of numbing ice-water in a massive Icelandic spillway and makes it look easy; I can not wait to get behind the wheel of the latest update to this iconic and aspirational brand.

Range Rover aren’t just looking to be market leaders; this incarnation is set to crush competitors as easily as Ms Hawkins pulverises volcanic rock beneath tyres effortlessly clawing traction and sprints through flooded tunnels in a surefooted race against the icy surge. 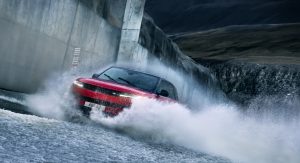 The new RRS is, as always, firmly targeted at those who enjoy the journey as much as the destination. Driver enjoyment is the number one priority, and it starts in the dealership as you tailor your luxurious new toy to meet your driving demands. What do you fancy—one of three diesels or an electric hybrid available from launch in 2022? While an all-electric model is due out in 2024, the current hybrid will easily cope with a day or two of city driving between recharges with a quoted range of 125km.

In between, three petrol models will be released, including the temptation of a 390kW V8 that delivers traditional raw, dynamic performance with 750Nm of torque and growls from 0-100km/h in just 4.5 seconds with modern efficiency that makes it less of a dinosaur than you might imagine.

Although that deep rumble that intoxicates those with a love for raw power is not so easy to detect in a cabin that relies on more than insulation to maintain interior peace. One example of the funky new tech interwoven into every aspect of the RRS is the microphones mounted within each wheel arch to detect road noise and combat it with anti-noise piped through headrest speakers inside the vehicle – it’s like you’re sitting inside a noise cancelling headset. An opulent leather clad interior, of course. 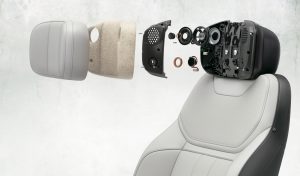 An interior from which you take full control of an endless array of systems that offer the best in comfort, safety and performance. 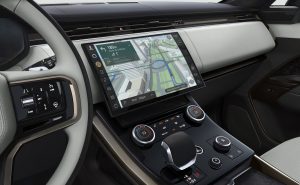 Thanks to integration with Amazon’s Alexa, you not only have voice control over vehicle features but can issues commands to your Alexa-managed, smart wired house to have the garage door up and front door unlocked before you turn into the driveway. 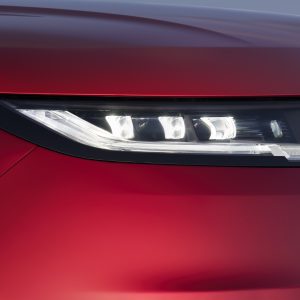 If it happens to be after dark, rest assured that your night vision will never have been better. Simple headlights are consigned to history. Advanced lighting technology uses 1.3 million Digital Micromirror Devices, able to shadow up to 16 objects, while maximising light on the road. Stay relaxed, knowing that if you happen to be driving an unfamiliar road, the RRS is constantly alert with more than the usual alphabet of safety systems that monitor, alert and take action for your protection. It is also using GPS and in-built navigation to monitor the road far ahead for bends or junctions that require greater caution. 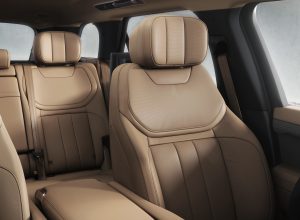 Meaning you can drive with less tension along that long winding road and enjoy your favourite music with up to 29 speakers and 1,430W of amplifier power for a concert-worthy in-car audio experience. Much less tension, in fact, as you’re nestled into 22-way adjustable, heated and ventilated front seats, with massage function and winged headrests. Who would want to endure uncomfortable seats at the concert hall? Or waste time in the recliners in front of the TV when you could be enjoying the thrill of what’s around the next bend? 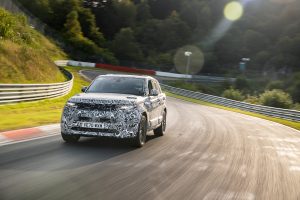 Especially as this is the most dynamically capable Range Rover Sport ever, utilising a pervasive web of sensors and controls that can convert inputs to responses up to an incredible 500 times per second for exceptional handling and performance. Dynamic air suspension uses switchable twin air chambers to reduce pitch and roll in fast corners, hard acceleration or braking. Twin-valve, Bilstein mono-tube dampers restrain vertical movement for ride control and consistency. Your passenger will be able to drink a latte in comfort while you enjoy a spirited drive. 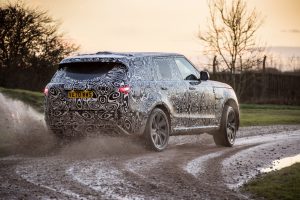 And let’s not forget where we started—far off-road in terrain that few would ever encounter or imagine tackling as Jess Hawkins conquered that Icelandic dam wall and spillway. The Range Rover Sport is absolutely and undeniably a formidable force both on and off road. Knowing that it survived an onslaught of 750 tonnes of water head-on makes the quoted wading depth of an impressive 900mm a comfortable surety for those willing to explore the full potential of the legendary Range Rover brand. 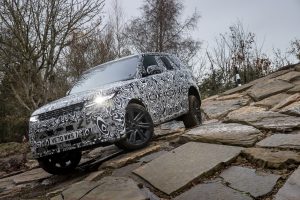 You’d also be confident in having one of the most luxurious and capable long-distance tourers in the caravan cavalcade while towing up a mobile home of up to 3.5 tonne (3.0T for hybrid model). The latest generation of innovative management systems, Terrain Response 2®, is fitted to all models and requires less driver intervention than ever before as it intelligently detects and adapts to the surroundings and conditions. Plus, you can configure the ride to minimise any discomfort from annoying bumps, ruts or corrugations to arrive at an amazing campsite tension free and ready to enjoy your outback adventure. 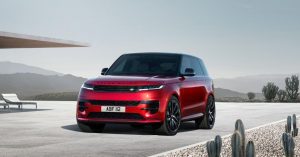 The toughest decision I’m going to have to make is whether to spend all my time swooping through the bends in the road; or proving to stubborn off-roaders that it possible to have the best of both worlds and enjoy luxury both on and off the black-top.

Keep an eye out for my in-depth review once the all new Range Rover Sport lands here in Western Australia. 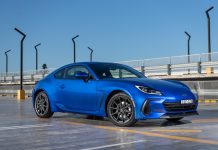