If you asked me to describe my worst nightmares, being trapped on a boat would rate a mention. Far from land, slowly turning a deep shade of green because of the constant rolling left to right (not helped by the whiff of diesel as exhaust fumes drift in the wind).

Unless it’s fair weather on calm waters, I avoid any unnecessary boat travel even if I can take medication to dull my sense of motion. But my weakness is a persistent love of clever engineering and design. So, when Damon and Emma Johns from Pleisure Marine invited me to check out a new high-tech gadget from Seakeeper that would revolutionise boating for people like me, I couldn’t say no.

Seakeeper are based in Pennsylvania and specialise in the design and manufacturing of stabilisation products to transform the seafaring experience for countless boat owners, both large and small. Their patented technology means they provide the lightest, smallest and most efficient product in the market.

The Seakeeper 1 is a newly released, lightweight, compact version of their highly successful gyro stabilisation system. It delivers a new level of capability for stability, safety and comfort in craft from 23 to 30 feet.

As we pulled away from the safe confines of the Fremantle Sailing Club and headed into the harbour on one of Perth’s worst winter days in decades, we were already achieving a 15° degree roll according to the large LED readout mounted on the console. As water sprayed over the bow, I had a white-knuckled grip on the railing to maintain my balance.

Damon smiled reassuringly as he engaged the system. What happened next is difficult to convey with mere words. My initial reaction was disbelief, rapidly replaced by astonishment. Within a few heartbeats, the roll had plummeted to the point it registered a mere plus or minus one degree on the display.

No, despite having been involved in boating from the age of six, racing Mudlarks at Shelley Sailing Club; Damon had not calmed the waters with a single mystic hand gesture. The Seakeeper had counteracted almost all the boat’s roll allowing it to rise up and over each wave hitting us side on, in a smoother vertical lift and slow decent. I was now comfortably standing on a near level deck without the slightest urge to grab the rails.

Taking advantage of my stunned silence, Damon explained the magic was due to gyroscopic torque generated by a spinning flywheel housed in a vacuum. Running at speeds above 9000rpm, the unit can generate a staggering 2000Nm of twisting effort, that’s three Landcruiser V8 diesels joined together. Through the usage of hydraulic actuators, the Seakeeper 1 can effectively counteract the effect of roll by as much as 90%.

The result is a very stable craft, even in a heavy swell. But here’s the really impressive engineering behind this compact good-looking unit. You can mount it on the deck, above it, under it, or even place it off center of the boat and it still works effectively.

Damon explained, “Seakeeper does more than just stabilize a boat. It enables boat owners to spend time on the water in comfort. Eliminating the roll reduces the sea sickness, fatigue and anxiety people often experience when on the water. It really is game changing.”

Even accomplished boaties get sick of the roll and Damon told me, “The Seakeeper 1 enables me to be on the water for longer and in heavier seas when wanting to go out fishing or pull the cray pots. It also provides Emma and me with a peaceful night’s sleep if the surge is coming through the bay when on a mooring in Rottnest.”

Damon also told me that Seakeeper is the global leader in marine stabilization selling their first gyro back in 2008 and reaching sales of over 10,000 units worldwide by 2019. Seakeeper chose Damon and Emma at Pleisure Marine as specialist and distributors for their entire range of Seakeeper gyro stabiliser systems based on the consistently high levels of customer satisfaction they deliver for component sales, service and repairs to marine diesel engines and generators.

The Pleisure Marine team includes qualified and specialist heavy duty mechanics with experience on engines from 10hp to 3000hp and extensive knowledge of MAN, Yanmar, Kohler, John Deere & Rainman products. Plus, they have the expertise and capability to correctly match Seakeeper’s revolutionary gyro stabilisation units to your specific boating requirements in both pre and post installations.

I was so impressed with the Seakeeper 1’s performance and encouraged by Damon’s and Emma’s friendly and helpful approach to answering my questions, that I found myself thumbing through boat ads on the weekend.

For more information or an astonishing demonstration of how Pleisure Marine can transform your boat, then give Damon or Emma a call on (08) 9337 9569 or visit their website, www.pleisuremarine.com.au. 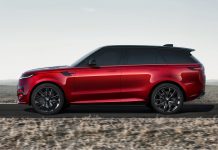 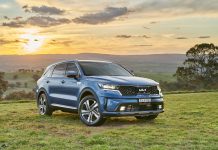