In 2004, Charley Boorman and Ewan McGregor mounted their BMW 1200 GS motorcycles and travelled across Europe on a magnificent adventure that became the infamous Long Way Round movie. Two friends riding around the world, taking in the adventure of a lifetime, inspired trips for many a biker across the world.

Adventure Motorcycling is becoming increasingly popular as more and more people enjoy the freedom of the open road on a motorcycle.

Everybody likes to get away, and these days, adventure motorcycles are just as capable of taking on the rugged terrain as a 4WD. And for many, the experience of taking their bike off the beaten track far outweighs the comfort of being inside a vehicle.

Neil Price is one West Australian who can’t get enough of a motorcycle adventure. Neil runs Moto Dynamics, and has a passion for training riders to equip them with the skills and knowledge they need to take on an outback motorcycling adventure.

WA has some of the most spectacular scenery in the world, and dozens of West Aussies are making the most of it all from the back of their bike.

“When you’re travelling in a car or commuting on a train, it’s so easy to zone out and not even be aware of your surroundings,” Neil said.

“But when you’re out on a bike, the experience is so much more enhanced because of the need for awareness; you have to have resilience and you are acutely aware of all your surroundings.”

“Plus there’s so much freedom in being self sufficient – everything you need you are carrying with you and you can stop and camp wherever you feel like.”

Neil said while many people might think you need a 4WD to travel in outback Western Australia, the truth is that modern bikes can take on all kinds of terrain, and in fact there are some places you can take a motorcycle that you can’t take a 4WD!

Adventure motorcycling is popular across the world, with many countries offering organised tours. In WA, the popularity is growing, and Neil said there are social groups such as Perth Adventure Riders popping up that cater for individuals wanting to take on the adventure.

There are many thousands of kilometres of dirt, sand, gravel and rocky roads and tracks in WA’s national parks that can’t be ridden or driven with regular road vehicles. So if you’re planning on taking your bike offroad on your next adventure, what do you need to consider?

Neil said it’s about having the right bike that’s fitted out to suit your needs.

Long range fuel tanks, storage for camping gear, and navigation equipment are the most common upgrades people are making to their bikes before they head out.

Any road bike can be an adventure bikes, and can range from the smaller 250CC Kawasakis through to 1100 KTMs and BMW GS.

However it’s not just about the right gear, the right bike and a sense of adventure. Neil believes that investing in your skills is key, and no biker should take off on a long trip without a certain level of ability.

“Bling is of no value if you don’t have the skills,” Neil said. “What we focus on in our training is to improve riding skills, develop confidence and teach the types of situations you might come across and how to deal with them.”

“There’s definitely a certain level of danger involved which is also part of the fun, but being prepared for it is key,” he said.

For more information on Adventure Motorcycle training, visit motod.com.au or to find out more about the Adventure Bike community in Perth, look up Perth Adventure Riders on Facebook. 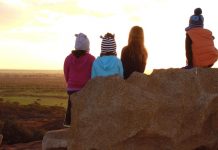 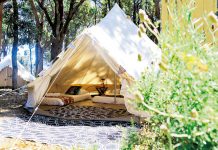 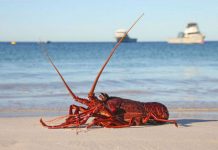 On the Water: Hi Tech Marine